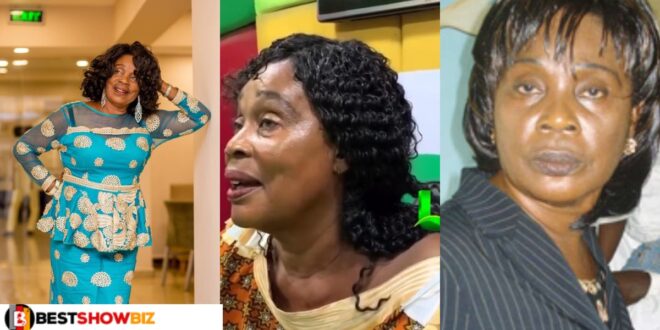 Video: Lots of girls proposed to me when I was young and beautiful

Grace Omaboe, better known as Maame Dokono, has revealed that she received advances from young women when she was in her prime.

On Saturday night, the veteran actress appeared on United Showbiz to discuss her career as an actress.

Many people were interested in Maame Dokono when she was in her prime and used to travel around the world.

Both men and women, according to Maame Dokono, expressed romantic interest in her.

White women, according to the legendary actress, made romantic advances toward her.

Read Also  "You can not be a complete woman without marriage, find a husband and build a home"- Fan advises Gloria Sarfo
Share