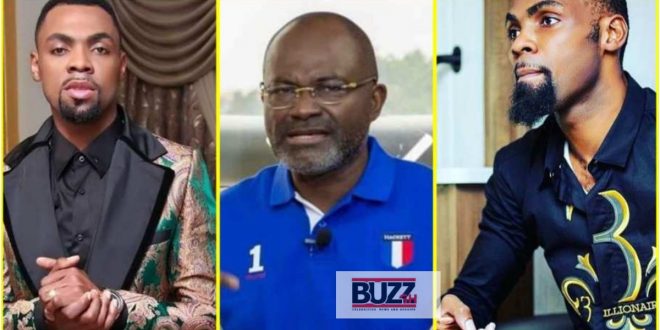 “I Don’t Fear Anyone In This Country” – Rev. Obofour Warns Kennedy Agyapong

the founder and leader of Anointed Palace Chapel (APC), Rev. Obofour has sent some words of caution to Member of Parliament Kennedy Agyapong and his investigation crew.

to make everything clear, from the video as we sighted, though Rev. Obofour did not mention the name of Kennedy Agyapong, he left out some clues which are probably directing to the MP.

in the video, Obofour said;

“Let them dare… See I told you people that those people who have presenters and claim they are rich men and are fooling on TV stations. I’ll make them useless physically and spiritually. If you think I’m bluffing, let him dare me and I’ll expose their secrets. In Ghana, I fear nobody but I respect Ghana. That nonsense must stop,”

he went on and warned;

“I will show who drinks blood and what time they do their killings. We’ll expose them professionally, ”