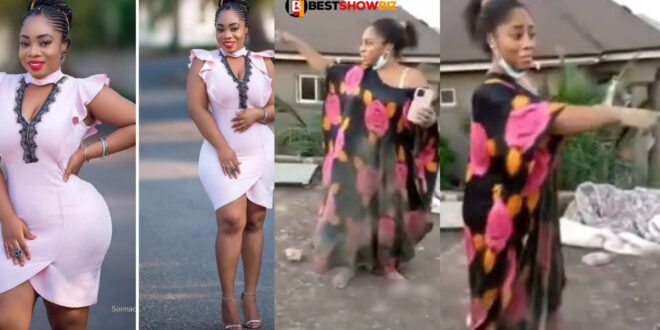 “Don’t sleep with men for money, they take away your blessings”- Moesha advises young girls (video)

Moesha Buduong, an actress and socialite, has counseled women to cease sleeping with men for the sake of money or acquiring wealth and houses.

According to the slay-queen, who is now a born-again Christian, she made this remark after attempting suicide but being saved by some young people nearby.

In an interview with CNN correspondent Christiane Amanpour in April 2018, Moesha claimed that in this region of the world, the only way for women to survive is to date wealthy, married men.

In the interview, she admitted to dating a sugar daddy who supports her extravagant lifestyle.

Some women were offended by her remarks, while others claimed she was telling the truth and did not need to be crucified.

Following her failed attempt at suicide, Moesha has since met Christ and declared that instead of sleeping with these rich guys for money, women should work hard and pray to God.

She claimed in a video that women who sleep with these powerful guys exchange their glory for pennies from these wealthy men because they have no idea where these men acquire their money.