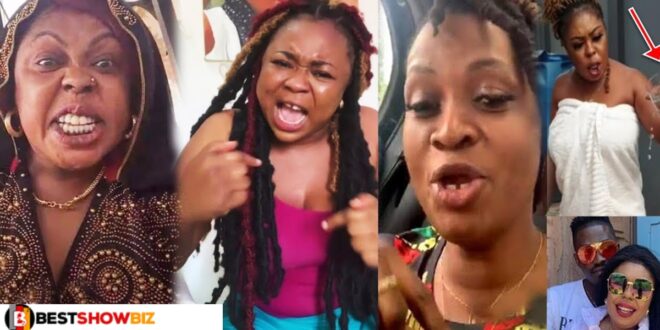 In a new interview, Afia Schwarzenegger revealed that during the early stages of their feud, she almost took Adu Safowaah to court.

We previously reported that Afia was responsible for Adu Safowaah’s arrest on Thursday, May 13, 2021, for insulting her and making false accusations against her.

An even more extreme measure was taken by Afia Schwar, who posted a video of Adu Safowaah being interrogated by other prisoners in jail.

Abeiku Santana, the controversial comedienne and media personality, revealed on Atuu with celebrated broadcaster Abeiku Santana that she was on the verge of taking Adu Safowaah to court.

Following word of her intention to take their daughter to court, some family members pleaded with her to drop the case, and she did so out of compassion for her and her family members, allowing them to be free.