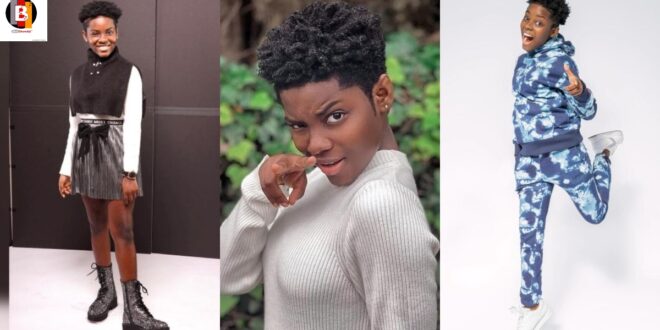 Dj Switch, one of Ghana’s youngest award-winning children, has flipped social media on its head after posting new photographs of herself on her numerous social media platforms.

Dj Switch was already named the winner of TV3’s Talented Kids reality show. She has traversed the world, performing for high-profile celebrities and on large venues.

Dj Switch’s career began at a young age, and many admired her for her talent at that age.

Even tho DJ Switch has released new pictures, they show that she has truly become a perfect woman. People in Ghana and her fans can’t get enough of her looks.

Let’s take a look at some of the images from DJ Switch that are making the rounds on social media.

DJ Switch is a multi-talented artist who is both a singer and a dancer in addition to her DJ job.

She also received an award at the Ghana Djs awards, making her the youngest Dj ever to do so in Ghana.