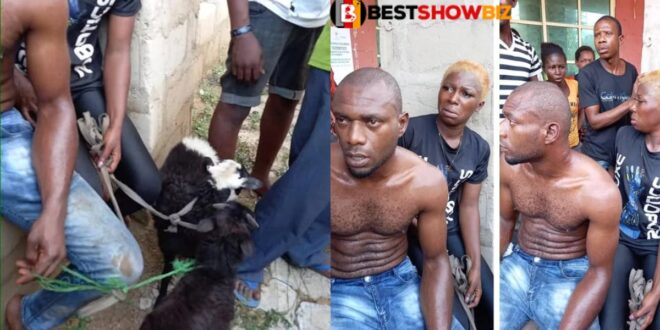 On Thursday, June 10, the Nneogidi security personnel, with the support of some locals, apprehended the culprits, Chinedu Umeh of Nanka, Orumba North LGA, and his girlfriend, Ogechukwu Samson of Ndiowu.

During questioning, the pair admitted to stealing people’s animals whenever they are short on cash and selling them to one Mrs Chinwe of Ekwulobia, who lives in Awka-Etiti.

The suspects were almost set ablaze by furious residents from Nneogidi, but they were saved by the police.