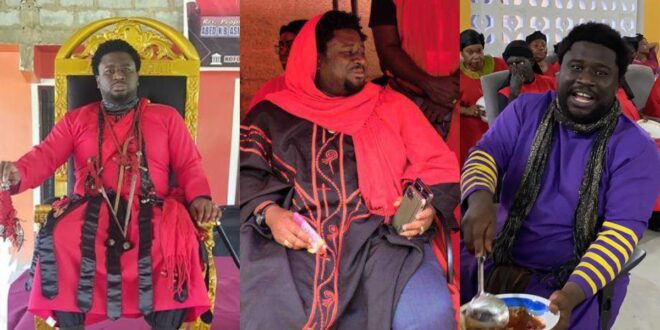 Kwabena Asiamah, also known as Ajagurajah, the founder of Universal Spiritual Outreach, has made a surprising comment about Tuesday and Friday borns.

Tuesday and Friday born Kwabenas and Efias, according to Kwabena Asiamah, could never marry.

He said that if these two marry, they would either be unable to have children, become financially unstable, or face insurmountable problems.

Ajagurajah gave an example of how life was when he dated a girl who was an Efia, a Friday born, a few years ago.

He said that he was always fighting with this girl and that he had no idea why.

He went on to say that after meeting Ajagurajah, he admitted to him that angels and demons watch over those days.

Kwabena Asiamah, on the other hand, was unable to clarify why this occurs.