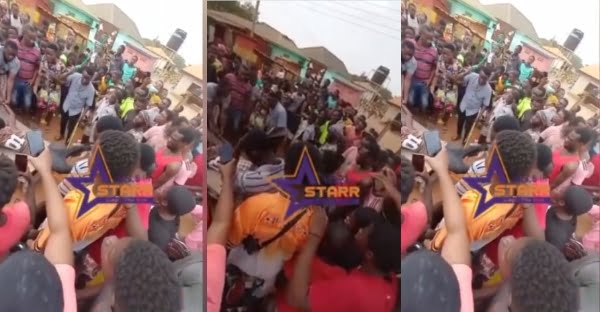 A Trotro Mate has been publicly scolded for allegedly stealing a cell phone.

The young boy was given a public trial and penalty for allegedly stealing a cell phone belonging to the Trotro’s driver.

He was restrained while two people whipped him with canes in public to get him to confess.

The event occurred in Apollonia, a suburb of Accra, Ghana’s capital city.

Nana Aba Anamoah, a well-known Ghanaian journalist, published a video of the event on Twitter, urging Ghana Police to investigate.