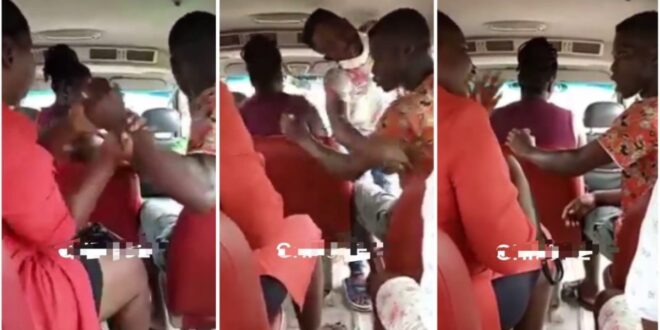 A viral video shows a commercial vehicle conductor and a passenger exchanging blows over a GHS 1 transport fare.

According to the footage, the female commuter was angry with the ‘trotro’ mate for declining to pay the fare on the grounds that she had only entered the car for a short distance.

The woman tried to leave the car after landing at her destination, but the’mate’ refused.

The commuter called the mate a “desperate idiot” as the incident exploded into a heated physical attack on both sides.

The word pricked the mate’s nerves, and he spewed every provocation he could think of before trying a blow, which was met with a bite.

Everything you have to do is view the video below.