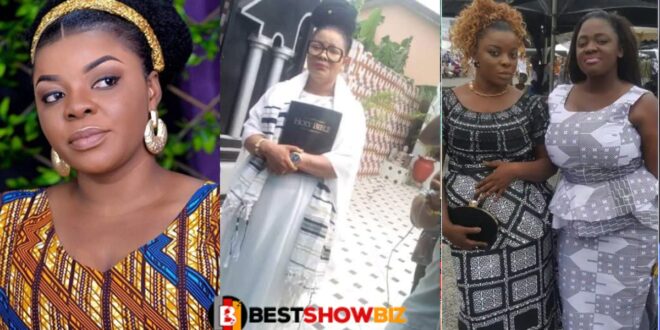 Gloria was assaulting Nana Agraada personally with her preaching, according to Nana Agraada, especially with the bible quotation she used during her sermon.

Gloria Kani, after hearing what Nana Agraada had to say, went live on Facebook to question her about where she mentioned her name in her sermon.

The actress claimed that since becoming a so-called “woman of God,” Agradaa has refused to change and continues to behave as he did before becoming a preacher.

Even though she has attempted not to reply to Agradaa, she claims she has been attacking her, her husband, and her children.