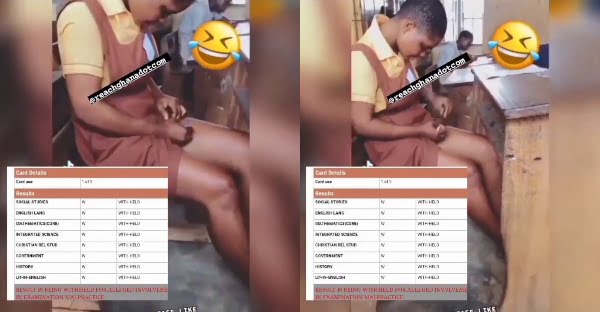 Check out the WASSCE results of the Girl Who Was Caught Writing “Apor” on her thighs.

While taking part in the WASSCE, a viral video appeared in which a female applicant can be seen writing answers on her legs.

Because the video became viral and her face was clearly caught, it appears that she has gotten herself into some legal problems.

A blogger, on the other hand, has dropped the results of her results, which have been withheld, and none of them have been made public.

Unfortunately, the person who recorded the video must have been feeling bad at the time.