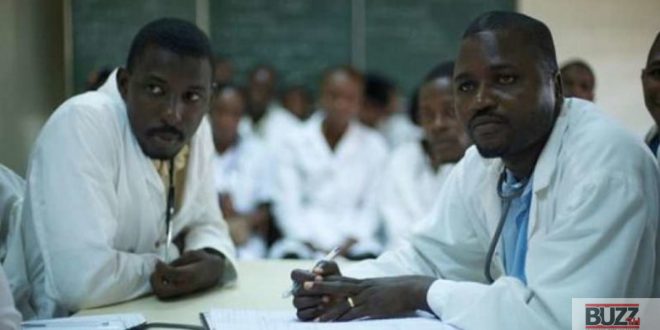 Two prominent Nigerian medical doctors have advised women to marry men with sense because of their witness in men being torture when it comes to decision making.

according to the doctors, Dr. Ehizibue Peace and Dr. Chioma Nwankanmamany women die because of their husbands being senseless in making decisions about their own reproductive rights.

emphasizing CS, the doctors disclosed that since many women depend on their husbands, they have to make decisions for them whether to undergo or not and that is where most senseless men leave their wives to die because of wrong decisions.

“I once had an encounter with a man who declined consent to emergency C/S for his wife just because they do not do the operation in their family, meanwhile she has signs of probable eclampsia”.

Read Also  Woman loses marriage after commenting on “would you cheat on your husband for $million?”

Dr. Chioma also disclosed that she also faces similar situations in her facility and humbly appeal to women to first strive for financial freedom before getting married so they don’t end their life by marrying senseless men.

read their advises in the screenshots below;