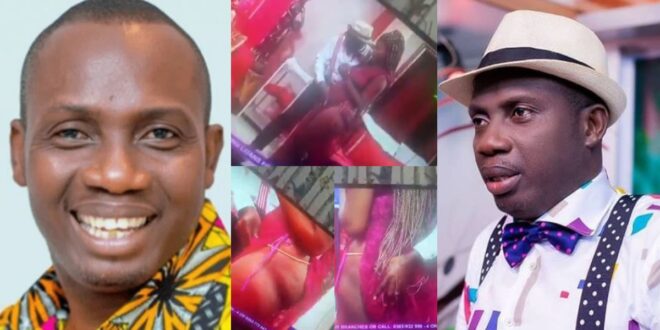 This is Serious! Video of Counselor Lutterodt finger!ng a lady on UTV surfaces Online

United Television also unveiled “Red Light,” an adult chat show aimed at showing married couples how to do s3x in bed during lovemaking.
Despite the fact that the show has been on the air for over three weeks, what happened last night on the show has made it the most talked-about episode to date.

Counsellor Lutterodt was seen playing with the cl!t of a young lady who was b*tts nude on the show during the Thursday, March 19 edition.

Counsellor Lutterodt even pressed the lady’s backside a few times before deciding to position her on the studio’s made-up pad for further orgasm.

Have a look at it below.