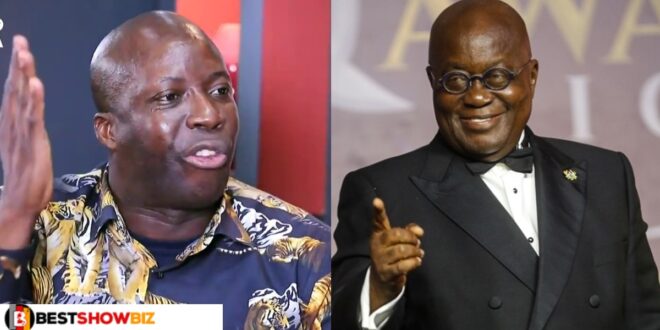 New Video: Kumchacha heavily lash out Nana Addo over the hardship in the country

Prophet Kumchacha has lashed out at Nana Addo over the country’s current economic woes.

The loudmouth cleric slammed Nana Addo for being a big-time disappointment because Ghanaians had so much faith in him during a TV program.

Prophet Kumchacha bemoaned Nana Addo’s incompetence and advised women not to accept the proposal of any man who begs them for a chance because they, too, will be disappointed, just like Nana Addo.

Besides that, Kumchacha urged other men of God to constructively criticize the government if things were not going well, pointing out that they were citizens and not spectators to what was going on.

The self-acclaimed man of God concluded his remarks by recalling how he was roundly criticized by Ghanaians when he called out former President John Mahama during the “Dumsor” administration because he was perceived to be an NPP stalwart.