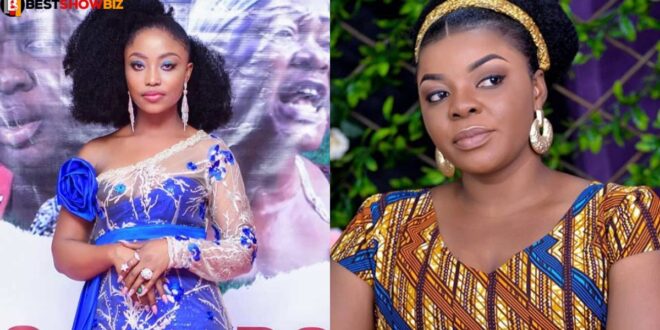 Gloria Kani has finally responded to Joyce Boakye’s accusations that she was the cause of her failing marriage after years of silence.

Joyce Boakye has been accusing her colleague actress Gloria Kani for whispering about her to her husband, who eventually divorced her, for over three years.

Gloria Kani insists she had no part in her broken marriage when she responds to Joyce Boakye for the first time.

After catching them in the act, the wealthy guy had the actor arrested and his wife ejected from his home.

Everyone in the Kumawood industry knew Angelo Boateng was having an affair with Joyce Boakye, according to Gloria Kani, but they didn’t notify her husband because they were minding their own business.