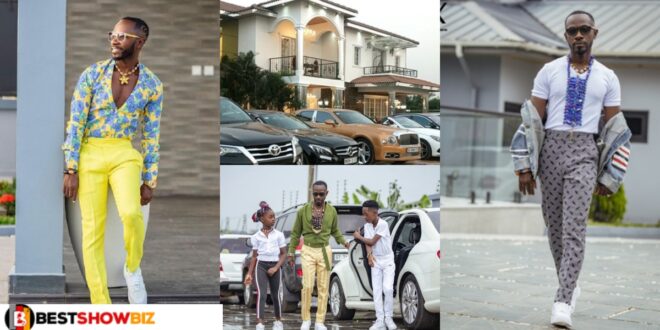 Kwame Nsiah Apau, a popular Ghanaian rapper born Okyeame Kwame, has revealed how successful his hit song ‘Faithful’ was, revealing that its earnings were enough to build him two houses.

He stated that the song did extremely well after it was released, that it opened doors for him, and that the income from it allowed him to pay for his master’s degree as well as his wife’s.

In an interview with Accra-based Angel TV, he stated that Faithful had gotten him a lot of endorsement deals, leading to him performing every weekend.

Coca-Cola, UNICEF, MTN Icon, and the World Bank are among the brands that have given him deals, according to Okyeame Kwame.

Read Also  Meet the man with the longest Pen!s in the world (photos)

In 2010, the rapper enlisted the help of Stars season 4 winner Bertha Bridget for the song, and Appietus delivered.