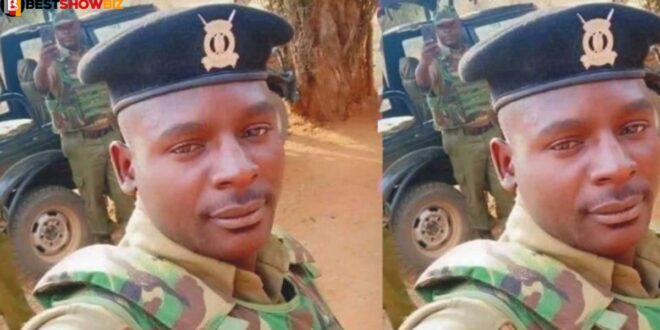 “The media should watch out, I will k!ll my girl for breaking my heart”- Military man vows

For breaking his heart to bits, a military man has threatened to kill his girlfriend.

Edwin Willis, a Kenyan military officer, has expressed his feelings on Facebook as he recovers from a broken heart inflicted by his girlfriend.

According to the soldier, he now understands why some guys choose to kill their partners over a broken heart as a result of their current predicament.

He swears that after what his lady has done to him, he will never feel pity for women again.

“Some ladies what do you want in life. I see some of you don’t learn and you think life is always Afro Cinema and now I don’t sympathize with those killed by their boyfriends” – The soldier said

Edwin Willis then warned the media to be on the lookout because he is about to murder his girl for breaking his heart.

“Soon or later, am gonna be on that list. New reporters be on standby. I need no comments here” – He posted on Facebook