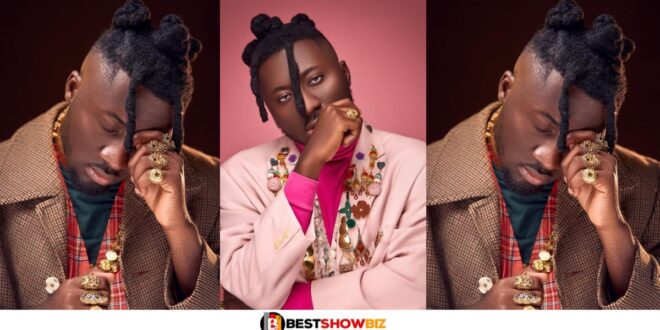 Ghanaian rapper Amerado has revealed for the first time that he experienced a grace to grass situation following a chance in the United Kingdom (UK).

The rapper, who traveled to the UK for tourism and menial jobs, claimed he returned to Ghana with thousands of pounds, but he was quickly depleted due to some poor decisions.

Amerado stated in an interview with the Delay Show that he was fortunate to be one of the few artistes billed for the Ghana Music Awards UK, after which he earned a living for a few months.

He stated that the funds were used to furnish his single room, pay fees for his sister, and the remainder was spent lavishly on irrelevant items.

The life of the aspiring rapper took a sharp turn for the worse when his account became depleted at the same time that his music career was put on hold.

Read Also  Ghanaian Lady Goes Viral After She Displayed Her A$$, Many claim she can overthrow Hajia Bintu (Video)

“I did not pay heed to my humble background and in no time I was broke again. The lowest point for me in my life was when I didn’t know when my next meal will come from and the deciding moment was to kickstart my music career,” he lamented.

He went on to say that the situation was so bad that he had to rely on sports betting to get by for the day.

When the bet did not go in his favor, the celebrity had to borrow money from friends.

However, he struck gold when his team banded together to send him back to the studios to record hit songs.

He is now content to say that his situation is better than it was three years ago when he had nothing to his name.