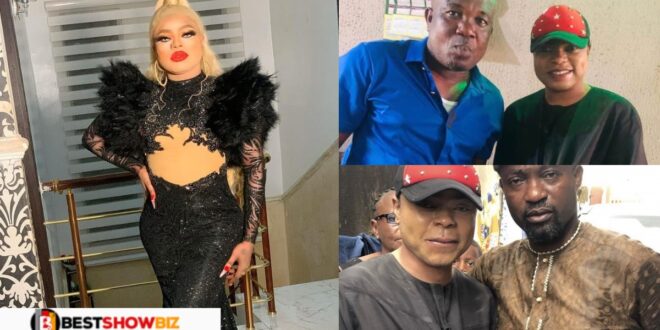 Video: Netizens shame Bobrisky for dressing like a man to visit his family house

In a video circulating on social media, popular Nigerian crossdresser Bobrisky is seen visiting his grandmother and brother.

Because he had decided to leave the crossdressing business while visiting his family, the self-proclaimed male barbie can be seen dressed in his manly clothes.

It appears that the family of the internet sensation is not in a healthy environment, as they are living in the trenches, and this has prompted a number of comments on social media.

Several of his fans have criticized him for bragging about living in a mansion while his family residence does not meet the high standards he has set for himself and his family.

Read Also  "My husband used my breastmilk for gari soakings, now he is addicted to it"- Nursing mother writes

Bobrisky previously explained why he dresses in a manly manner whenever he visits his family.