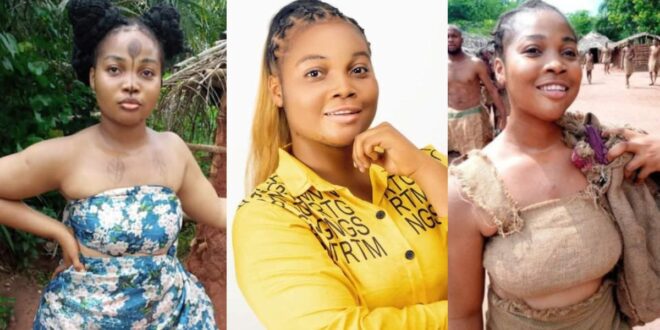 Ngozi Chiemeke, a rising Nollywood actress, was assassinated in Delta State’s Ika North Local Government Area.
Chiemeke’s friends and fans have been in mourning since the news of his untimely death broke.

At the time of filing this report, the details surrounding the tragic incident remained hazy.

According to sources, the incident was reported to the Boji-Boji Owa Divisional Police Station in the Owa-Oyibu headquarters of the Ika North East local government area.

Some Boji-Boji Owa residents have complained that the tragic incident occurred within the same short period in which the late Anthony Mkpado, the Chief Executive Officer of Mkpado Bookshop, Boji-Boji Owa, Opposite First Bank branch, was gruesomely murdered.

At the time of filing this report, police had yet to respond to the actress’s untimely death.