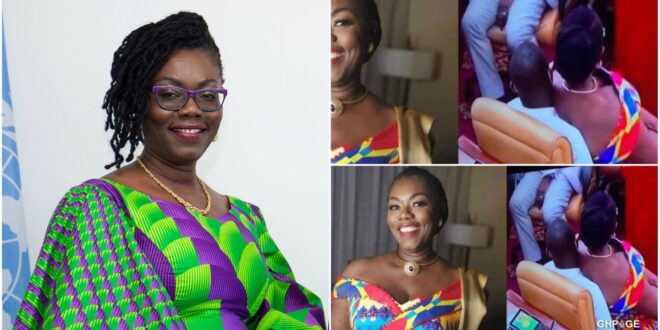 The drama that has happened in the house of parliament is noting to write home about, ever since we took demcracy serious in this country, nothing as disgraceful has ever happened before.

NDC parliamentarians elect, went to parliament 25 minutes ahead of time to occupy the majority section of parliament. When the NPP arrived, they had no choice than to sit at the minority side but some of them refused.

Among them is MP elect for Ablekuma West Ursula Owusu, she went ahead to the seat she used to sit on and sat on the lap if the man who was seating there.

Read Also  Mercy Johnson Weeps like a baby after news of TB Joshua's death reached her.

The man in question was Mintah Akandoh, MP elect for Juaboso Constituency in the western region.

Ursula since the incident took to her social media handle to write.

“We shall be tenacious and they will gawk”.