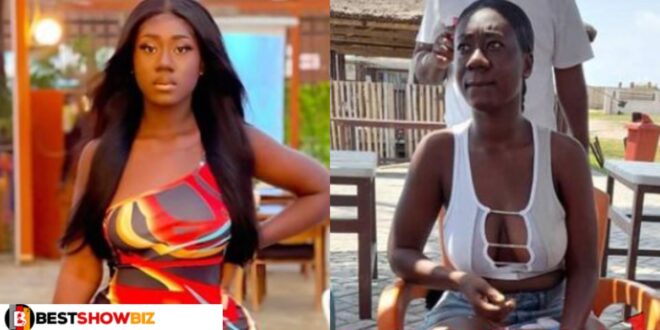 Many people were taken aback when they saw a picture of social media personality and video vixen Hajia Bintu without makeup.

The Tik Tok star, who rose to fame after social media videos of her shaking her heavily endowed ass went viral, was spotted having fun at Krokrobite Beach.

More importantly, the photo was shared by a blogger in order to dispel rumors that the video vixen and TikTok star is pregnant, as reported by several blogs a few days ago.

It can be recalled that a blogger known as Aba the great revealed that Hajia was pregnant for her manager, but the latest update has revealed that she is not pregnant as she was rumored to be.

See the picture below.