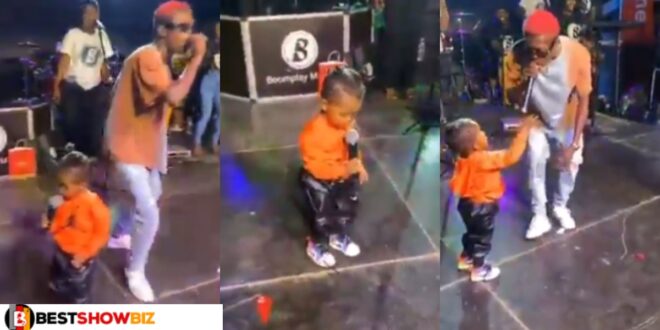 Strongman’s daughter has demonstrated that she is truly the rapper’s blood, as she was seen singing and performing alongside her father at a show where he was performing.

The musician in the video was performing with Rockstar Kuami Eugene when his daughter stormed the stage, grabbed the mic, and began murmuring some words into it.

The conceited adolescent took Kuami Eugene’s microphone and performed with all her energy and excitement.

People at the event were seen smiling as they watched the little girl attempt to impersonate his father, who was busy performing.