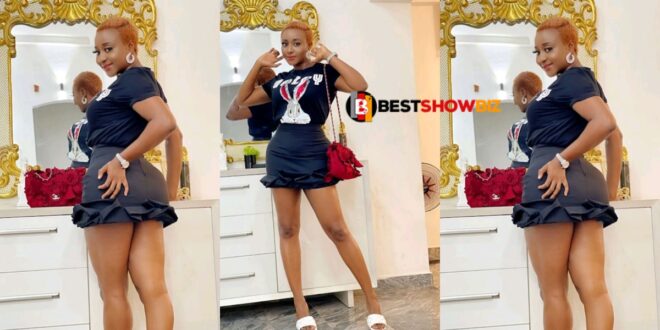 She never grows old, Actress ini Edo gets fans talking as she slays like a 16 years old girl in new photos

Ini Edo, a beautiful Nollywood actress, has caused a stir online after posting images on Instagram that elicited varied opinions.

The actress looked stunning in her new bump-up attire.

The icon who has been absent from the screen for some time.

Ini Edo is an actress who has made a name for herself on television and continues to do so.

Ini was one of the Nollywood actresses who earned the divisive Eko Star awards, which were given out by the Lagos state government.

When it comes to fashion, the actress has always been on point, and this time is no exception.

She shared the treats on Instagram, where she posted a series of photographs that had men drooling.