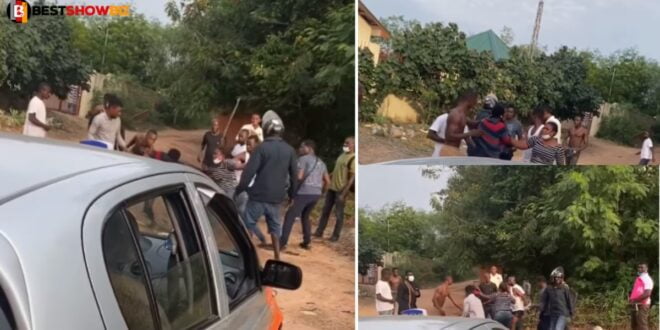 A crook used a toy gun to commit robbery, and it didn’t go well for him.
A video circulating on social media depicts a lady abusing a young man while he begs for forgiveness.

As he was encircled by a mob who were supporting the woman in disciplining him, the young man had no choice but to ask for mercy.

According to the video’s narration, the young man attempted to rob the enraged woman.

It appears that the weapon he used in the robbery was a toy gun.

When she saw he was holding a toy gun, she summoned the strength to call for aid, and he was captured.

The burglar can be heard pleading for compassion in the video as the woman throws him back-to-back punches.