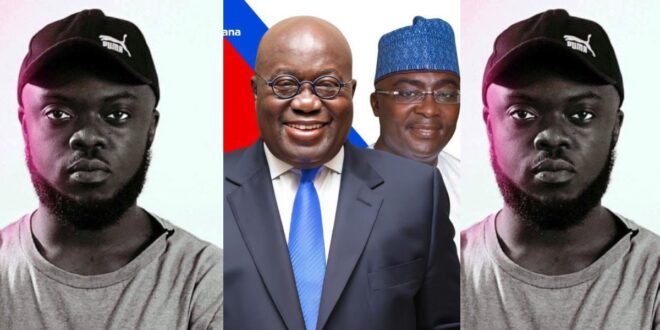 “I regret campaigning for Nana Addo and NPP”- Kwadwo Sheldon.

In response to the building of the Ghana Award House, Kwadwo Sheldon revealed that he regretted campaigning for the new administration.

Sheldon is one of a slew of social media influencers who used their accounts to promote the New Patriotic Party in the run-up to the general election.

President Akufo-Addo broke ground on the infamous Ghana Award House project on April 7th, which has been met with opposition from citizens, including Sheldon.

Kwadwo Sheldon, one of those who helped President Akuffo addo win a second term, wishes it was another polling day so he might vote the governing party out of power.