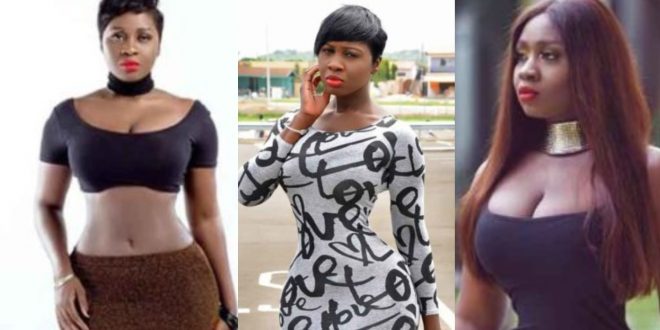 Princess Shyngle, a Gambian actress (she claims she is not of Ghanaian descent), has announced that she is now a lesbian. I believe this is not the first time she has done so.

Men, on the other hand, have stated that she is free to leave because they are tired of her fictitious physique.

According to the reactions we’ve observed, the worldwide association of men would prefer ladies with real bodies and would not mind losing the ones with fake bodies to lesbianism if they found them.

When it comes back to Shyngle, she used her social media pages to announce her decision to become a ‘supi supi.’

Subtly, she posted a photo of herself holding the rainbow flag, which represents membership in the LGBT (Lesbian, Gay, Bisexual, Transgender, and Queer) community.

Shyngle expressed her pride in being a member of that community.

We speculate that she is bisexual because she did not explicitly state her sexual orientation – despite the fact that men have already stated that they do not want her any longer.

She might have to commit to being a lesbian for the rest of her life.