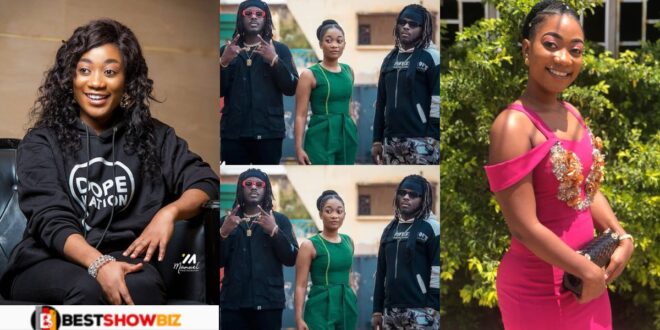 Blind singer, Adelaide The Seer Explains Why She Left The Camp Of DopeNation. (video)

Adeliade the Seerer, a Ghanaian singer who rose to prominence with her song “wire me,” which features DopeNation, has revealed the reason for their split.

According to the visually impaired musician, she left the music duo because she needed time to focus on her health, which did not sit well with the twin stars.

Adelaide the seer revealed in an interview with Elsie Lamar that she met the twins after they announced that they would be giving five beats to five lucky musicians, and she happened to be the first, which led to them recording “wire me,” which was followed by “what a God,” and one song that has yet to be released.

Watch the Interview Below: