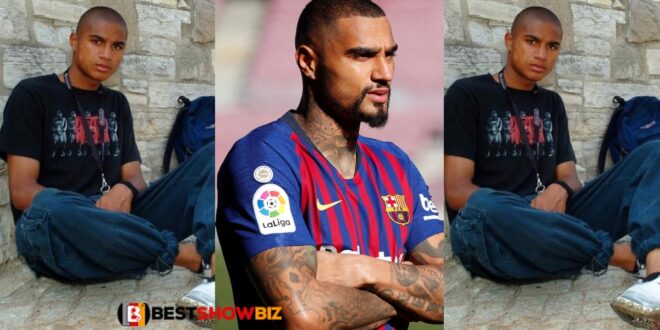 Kevin Prince Boateng, a former striker for the Black Stars, has released before and after photos of his journey from scratch to the top.

People, he claims, are eager to back you up when they realize how popular and satisfying it is to do so.

Kevin-Prince Boateng said these things, allegedly to inspire himself as his football career winds down.

In terms of his professional career, the accompanying photos shared by him reveal how he started from nobody to somebody.

Kevin-Prince Boateng, a Ghanaian professional footballer born in Germany, has played for various teams across Europe, and his inclusion in the Black Stars roster during the 2010 World Cup was a key factor in the team’s success.

However, the footballer believes Ghanaians have not treated him fairly, particularly in regards to his expulsion from the Black Stars following the 2014 World Cup incident.

“People won’t support you until they see it’s popular to support you”,

his post has generated lots of comments and endorsements from lots of people including Asamoah Gyan.