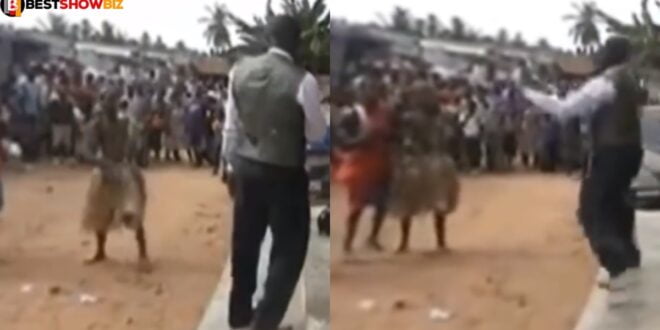 An enraged fetish priest decided to throw caution to the wind and take matters into his own hands, storming a church in broad daylight in full front of members to attack a pastor.

According to reports, the event occurred in Accra Dansoman Agege, near the Central Mosque, when one Apostle John Yao Tsetse was fighting a fetish priest from Benin.

According to reports, the fetish priest traveled all the way to Ghana to settle a debt with a woman who had come to him for healing.

Internet users have had different reactions to the video that has gone popular on social media.

Read Also  What has happened to Freda Rhymz? - Fans worried as she is off the media for 8 months now
Share