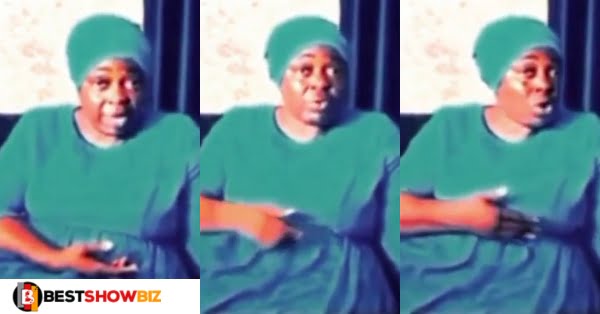 A prophetess whose name has yet to be revealed has set many people’s tongues wagging after revealing that those who wear waist belts will not see God’s kingdom.

According to her, most people have insulted her whenever she tries to tell the truth, but she is unwilling to stop spreading the truth to the rest of the world.

“Anyone who wears a belt will not see the face of God,” she said. We can all agree, especially men, that the waist belt is an important part of dressing.

Aside from making men look more respectable, it can also help to keep the trousers from falling down.

Read Also  DATE RUSH: ‘ We Were Asked To Share The Same Room and Sleep on One Bed’ – Grace reveals what went on in Dubai

But the Prophetess is now saying that anyone who wears a belt will go to hell. Although what she is saying is not written in the Bible, it is possible.

Others believe that what the prophetess was saying could be true because they believe that the Bible cannot capture all human activities.

We can all agree that there will be a judgment based on how we use our bodies as humans. The big question everyone is asking is whether or not what this prophetess is saying is true, and if it is.