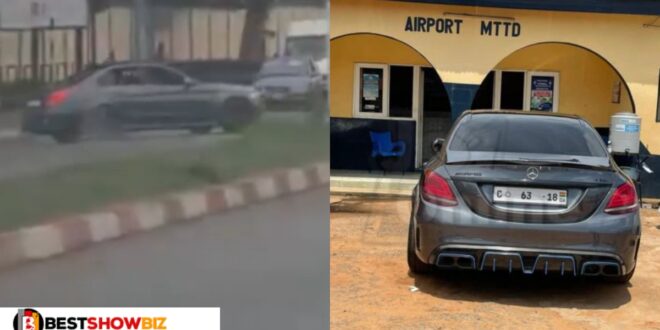 An arrest has finally been made in connection with the wild Ghanaian driver who was caught on camera in a viral video on Saturday displaying his insane and terrifying road skills at an airport traffic light while driving a Mercedes-Benz.

Mr. Sasa, the driver, was arrested by the police on Sunday, October 23rd, 2021, for reckless driving and is being prepared for court.

When the traffic light at the Airport traffic light went red, Mr. Sasa was caught driving erratically and carelessly in the middle of the four-lane road.

Sasa rushed away before the lights turned green after performing a number of u-turns in the middle of the road while other road users looked on terrified.

According to reports from Ghana’s top news sites, the real ‘Fast and Furious’ driver will appear in court this week.