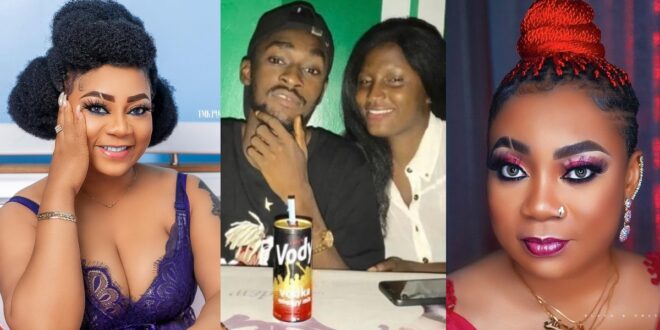 Vicky Zugah, a Ghanaian actress, has spoken out for women who have been victimized in their marriages.

Vicky claimed in a post spotted by our reporters says that women who have been victimized in their marriages rarely listen to advice.

She remembered how, when she started a campaign against domestic abuse in the Volta Region, several of these women declined to listen to her advice.

Some of them pleaded with her to keep the stories hidden because they were scared.

Vicky Zugah’s post comes after a story that a young man in the Volta Region murdered his girlfriend.

“I was in the Volta region a little over three years ago to fight against domestic violence,” she said. “No amount of counseling will persuade an abusive woman to end her partnership or marriage unless she DECIDES to,” I assure you.

“Some literary pleaded with me to keep their stories hidden because they were afraid of losing their breadwinners (the abusers)!!! ‘ ‘

“At one point, I gave up, patted myself on the back, and told myself, ‘You’ve done your part, Vicky.’ Congratulations!… They will leave when they are want to. Just hope they make it out alive.”