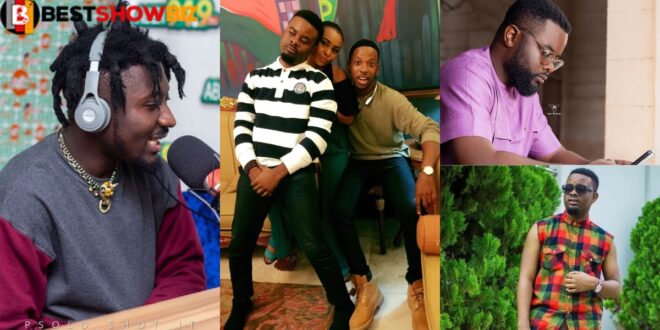 Bra Charles has reacted to Amerado’s claim that he stole his girlfriend because he was bankrupt.

Amerado Burner, one of Ghana’s hottest young rappers, made a surprising revelation during an interview on Onua TV.

According to him, his long-term girlfriend left him because he was broke, and he moved on to date Bra Charles, the star of the Yolo series.

The YOLO series was in its peak at the moment, and Bra Charles was everywhere.

Without going into detail, he stated that he had never dated a girl who was in a relationship before, and that even if she was, he was unaware of it.