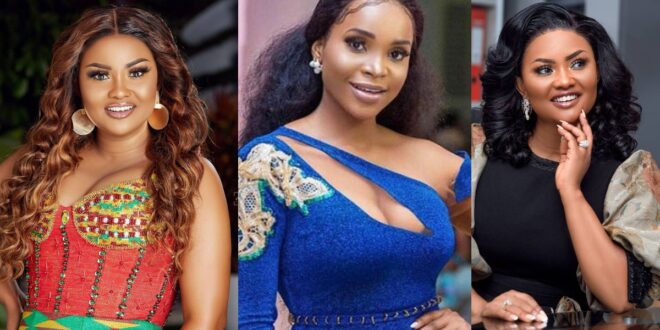 Mcbrown and Benedicta Gafah unfollow each other over cheating allegations.

Benedicta Gafah and Nana Ama McBrown, both Ghanaian actresses, seem to be at odds.

According to rumors, the two have unfollowed each other on Instagram and are not friends.

This is surprising because the two Kumawood actresses were once close friends – Benedicta Gafah also hosted the McBrown Kitchen presentation, demonstrating that they didn’t have a problem.

However, rumours circulating on social media say that Benedicta Gafah and Nana Ama McBrown are feuding.

The real explanation for their feud is yet to be identified, although many are pointing to McBrown’s alleged marital troubles as the cause.

Check out the post below and, if possible, participate in the discussion in the forums.