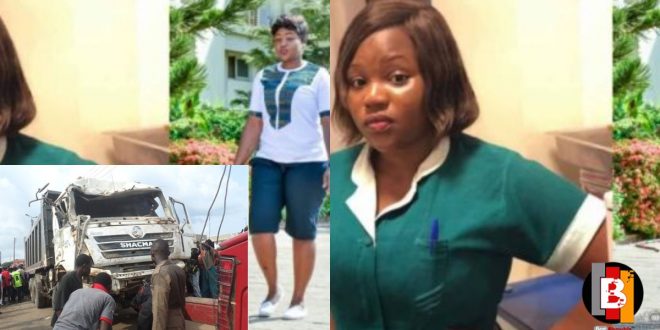 Social media were taken aback, Tuesday, after a beautiful nurse, Suuk Mouricia who was on her way to work on a night shift got killed by a tipper truck.

The media space has since been flooded with her pictures and touching tributes from both those who knew her and also strangers who got touched with the news of her sudden death.

Meanwhile, a social media user has gone dirty to mock the late Nurse despite the saying that living shouldn’t say anything bad about the dead even if the life they live was not clean.

According to this user with the name Ama Agyakoma, she believes the nurse’s sudden death is God’s judgment onto her – as she explained that she once went to the hospital where for Treatment but Suuk refused to attend to her; claiming she has closed.