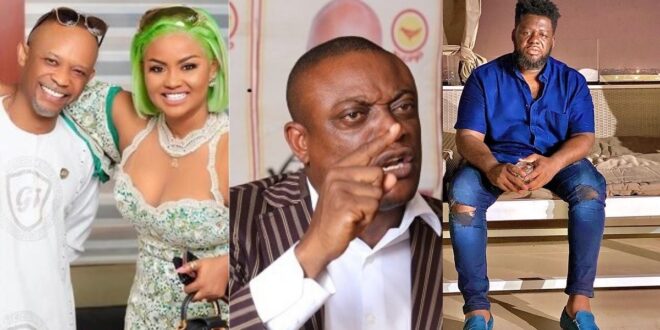 Bull Dog is in trouble after a statement he made on United showbiz was found threatening to the first gentleman of the republic, President Akuffo Addo.

During the course of the show, Bull Dog boldly said Nana Addo will not finish his second term in office if he does not pay Menzgold customers.

He was arrested hours after making that statement and no news has emerged that he has been released.

Speaking on the issue, popular Lawyer, Maurice Ampaw, has disclosed that the host of the show, Nana Ama Mcbrown should have been arrested because she was the one who was in charge.

Lawyer Maurice Ampaw went further to say that, even the show director Fadda Dickson should be taken in and questioned because he could have issued a warning to the panelist through the host for Bull Dog to either retract his statement or leave the show.

Listen to Lawyer Maurice Ampaw below.