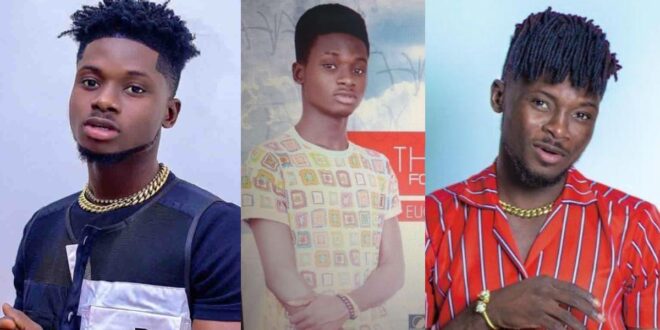 Kuami Eugene has stated that he would not be on the frontline again when he reaches his forties, thus Ghanaians should appreciate him while he is still making wonderful songs.

According to the 2020 VGMA Artiste of the Year in Kumasi, the tales of Highlife would be rare when he reaches forty years old, since seeing the Rockstar would be difficult at that time for he would lock his doors to some individuals.

“Put this footage down. When I get to 40, seeing me will be very difficult. When I get to forty I can stop this thing I’m doing,” Eugene said in an interview with NYDJ in Kumasi.

Kuami Eugene added to the chat with NYDJ, “Why do you think I am working so hard to save? you are no longer able to tell me what to do”

“by 40, if I like I will play the show, if I don’t like I won’t play the show again. I have realized something I came to this world alone and I will leave alone just like every single individual”.

According to the four-time VGMAs Highlife artiste of the year, people would no longer be able to talk about him freely when he attains 40. “The fact that I am giving you so much opportunity to have so much to say about my life is because this is the job I’m doing, what if I quit this job, what else do you have to say about me,” he said.

“I’m doing this job because you purchase my music that’s why I love it, you have a say because you listen to my music, there will be a time you won’t have a say anymore because I will be like Daddy Lumba, I won’t sing the song again unless I feel like doing it,” he concluded.