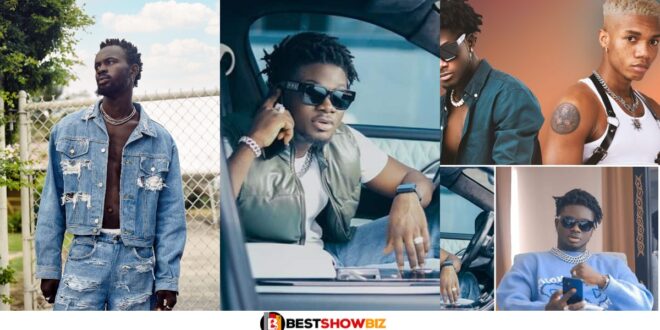 Award-winning Ghanaian artist Kuami Eugene has revealed that he has been signed to a new record label.

This news follows soon after the rumors that the Angela hitmaker had parted ways with Lynx Entertainment after over 5 years of being under contract.

The rumors about him leaving Lynx got worse after he sent out a vague tweet about leaving a place.

Following his post a few days ago, Eugene has now revealed the news that he is joining a new family.

The promising young musician recently took to Twitter to announce his signing with the American Distribution Company and record label, Empire.