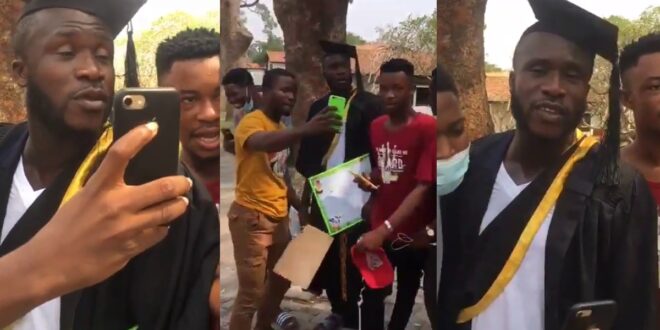 Ras Nene is now the face of Ghana comedy as his comic skits are loved by many.

He was often featured in movies as the villain, weed smoker but has rebranded himself as a comic actor on youtube.

One of his skits that really went viral was how he mentioned that he was a student in laygan(legon).

a video we have spotted sees him at the campus of the school, wearing a graduation gown with some student hailing him.