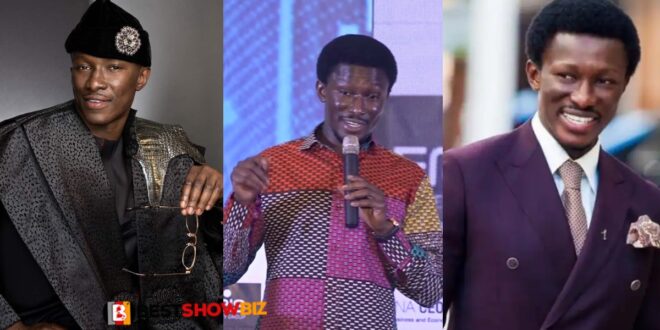 Popular Ghanaian millionaire, Nana Kwame Bediako, also known as Cheddar, has spoken out about his modest origins, how he started and how far he has come.

The chief executive officer of Kwarletz Group said during his address at the recently held Ghana CEO Summit that his mother’s poverty was the driving force behind his decision to succeed in life.

Nana Bediako explained that he grew up with a poor mother and had to transform the curse into a blessing.

“I had to find a way out, but when you are born into a country like Ghana where the average person is poor, you are all swimming in the same sea. How do you get out?”, He stated.

His drive to achieve stemmed from his wish to relocate his impoverished mother from where she had previously resided.

“I managed to do so and after that, I wanted to build my continent, “Cheddar revealed.

According to Cheddar, he began with two houses in his neighborhood, which grew to eight, and then to 700 in Ghana and other nations.

He furthered that his aim is to build nations and have an effect on society rather than to become highly successful.

watch video from the summit below;