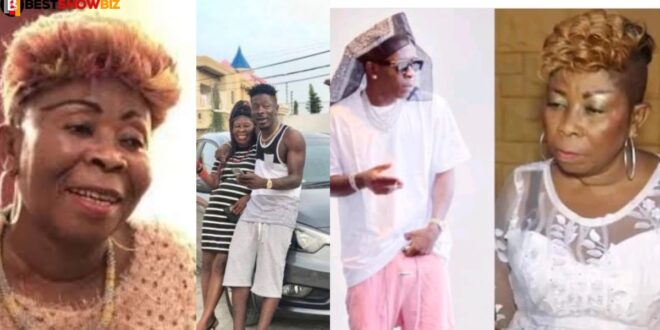 Shatta Wale is a musician from Ghana. To be exact, it is a well-known one. Madam Elsie Avemegah is his mother’s name. A name that has a Volta-like ring to it.

For the past few years, most of us have been watching Shatta Wale and listening to his music. But there is one thing: most of us have never seen his mother before. It is the same with a lot of other musicians.

I would like to share some photographs of Shatta Wale’s mum that have surfaced on social media today.

Shatta Wale’s mother’s gorgeous photographs appeared on social media this morning after she came out to complain about Shatta Wale not speaking to her.

When yen.com was reporting to the broader public about the case between Shatta Wale and her son, they released these photographs of Shatta Wale’s mother on social media.

The woman in the photographs has a similar attractiveness to Shatta Wale. It is similar to a photocopy.