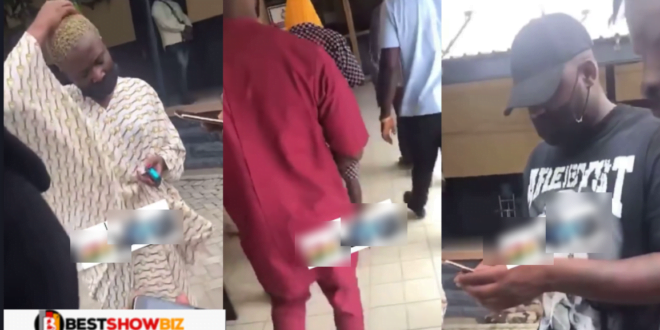 The specifics of his bail are not yet available to the public.
The Bullet Proof singer was arrested late yesterday after turning himself in to the police station.

Shatta Wale was declared wanted by the Ghana Police Service following a shooting prank he pulled on the public with his P.A Nana Dope and one Gangee, both of whom are now in police custody.
It is unclear whether Shatta Wale’s associates and the prophet who prophesied the shooting were also released on bail.

We discovered a video of him leaving police custody with his team.