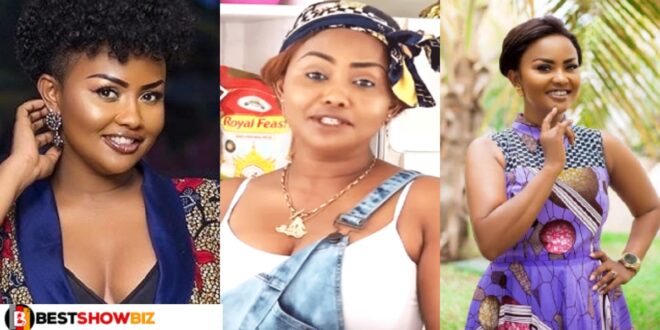 Nana Ama McBrown, a well-known actress, has revealed why she has not appeared in any short films recently.

A lack of an invitation from the skit producers has been cited as the reason for the actress’ absence from the performance.

Nana Ama McBrown clarified the situation during a radio interview with Abeiku Santana.

She claims that most producers do not call because they assume she is too busy, which is not the case.

Nonetheless, just because she is available to shoot skits does not mean she wants to be in any skit.

According to Mcbrown while speaking with Abeiku Santana, as a producer, your skit must be extremely interesting in order for you to be able to get her to appear in it.

Read Also  emotional Photos of a man proposing marriage to his bedridden girlfriend touch the heart of Netizens.

Also debunked by McBrown are rumors that she is no longer performing skits because her price has increased as a result of her work with twenty major brands.

She went on to say that if the skit is good, she will not be able to shoot for free to help her colleagues.