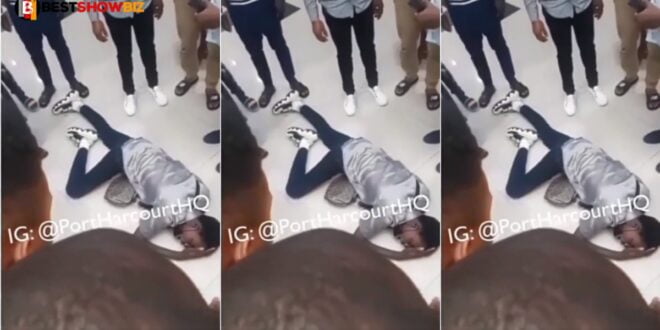 This man attracted the attention of passersby at the Port Harcourt shopping area when he was distraught over an expensive miscalculation.

In a video filmed at the mall, the young man is shown laying on the floor in agony after filling up his phone with the incorrect amount of airtime.

According to the story, he intended to top up his airtime for 3,000 Naira but unintentionally did so for 3 million Naira.