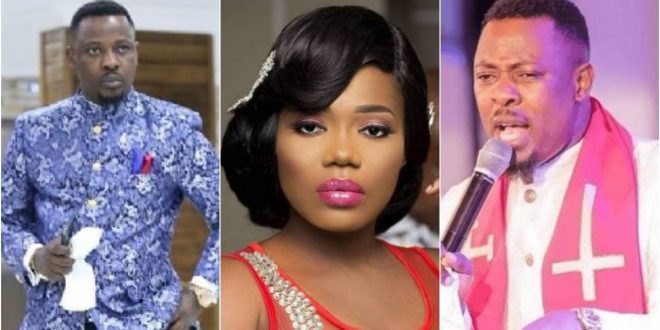 Prophet Nigel Gaisie Refused To Pay MzBel After Sleeping With Her

For some months now, The Ghanaian Songstressby name Belinda Nana Ekua Amoah, popularly known showbiz circle as MzBel has been accusing Prophet Nigel Gaisiehim of being a fake prophet and claiming that the said prophet of God owes her.

MzBel never revealed the cause of her controvert with Prophet Nigel Gaisie and what she did for him to owe her even after several interviews.

Recently, Hon Kennedy Agyapong turned his venom on Prophet Gaisie and has stripped the controversial man of God as he lists all the celebrities that the man of God has slept with.

It was later revealed that MzBel happened to be one of the celebrities that the prophet slept with and refused to pay her.

It was again revealed that the mother of one, Mzbel faked to have been involved in an accident and later narrated that he was saved by prophet Nigel Gaisie just to bring the said man of God into fame.