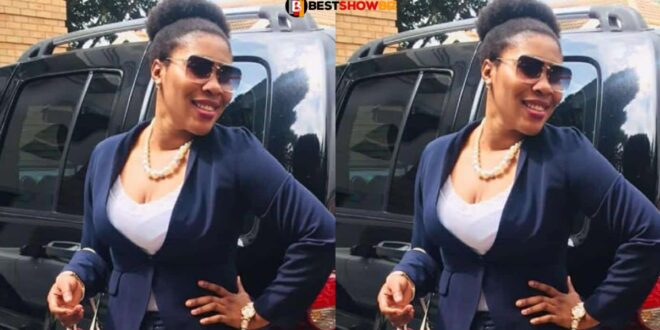 Mercy Agyare, a former Kumawood actress, known as Lady Of The Moment (Ladyofmoment) has disclosed why she has not been seen in movies recently. The aspiring actress, who has appeared in films with stars such as Vivian Jill, Liwin, and Akrobeto, has moved to South Africa with her family.

She said in a brief video she posted online that TikTok is her new passion and that she is making a lot of money and receiving a lot of notoriety from it. She also has motivational films that inspire individuals to be proud of their abilities.

Her films are quite famous in South Africa, and she hopes to break down barriers and become well-known in Ghana, where she was born.

Mercy Agyare claims to have lost her original Instagram account, which has thousands of followers and has started a new one called @Ladyofmoment, which admirers can refollow, as well as on TikTok and Youtube.