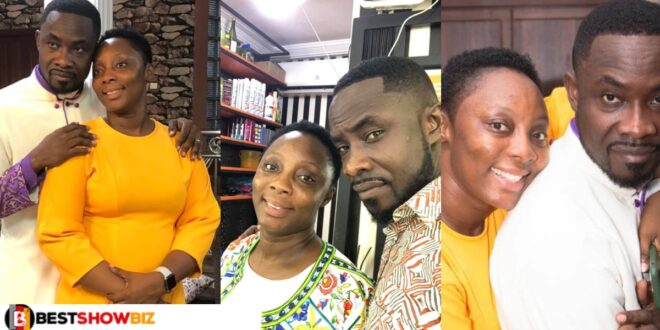 Apostle Sacred Solomon Oduro, who is married to Lady Reverend Counsellor Charlotte Oduro, claims that his wife disregarded his authority. Again, she was never prepared to be a submissive wife. Above all, she continued to threaten him with divorce.

This was revealed to Zion Felix in an exclusive interview, which is connected to this piece. The man of God went on to say that he had always objected to divorce difficulties since he had prayed to God to stay with only one woman throughout his life.

“I would have remained single for the rest of my life even if she had left me. This is due to the fact that my soul is only destined to be with one person “Oduro, the Apostle, stated.

He was eager to thank God for bestowing on his wife the gifts of counseling, preaching, and prophesy. That, according to him, influenced his wife to become a better person.

“People think her narrative is fantasy whenever she appears on the air and recounts it. A lot happened in our marriage until God touched her and made her see that what she was doing was wrong.

Our story should teach young couples that their marriage may face difficulties. It can, however, change overnight in order to be successful “Apostle Oduro said.