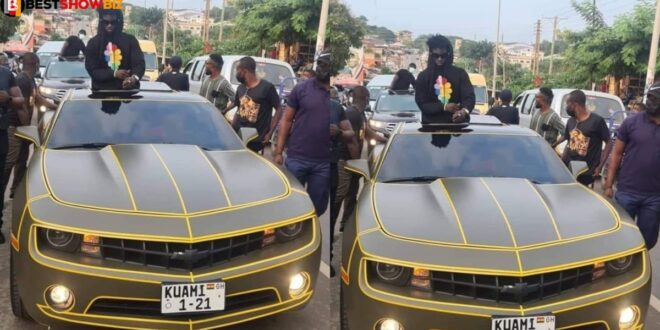 Kuami Eugene, the Artiste of the Year winner at the 2020 Vodafone Ghana Music Awards (VGMAs), is back in the headlines for the wrong reasons.

on August 7, 2021, the aforementioned artist gave a concert at Akim Oda, but the reaction was not as Kuami Eugene had hoped.

According to a preliminary assessment, just 12 people in Akim Oda greeted him upon his arrival.

According to reports, Kuami Eugene previously stated in an interview that he would not invest in any Akim Oda musicians because he considers the young men to be unprofessional.

As a result of this remark, the young guys acted unconcerned about Kuami Eugene upon his arrival.