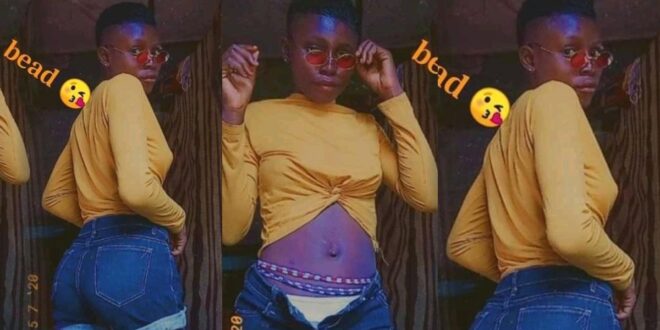 A young girl shared a picture of herself on Facebook earlier today, but her caption drew attention to the young girl, who claimed to be 16 years old girl.

This young girl used her Facebook name, T T Amanda, to share a picture with the following caption.

People have been responding to her post since then, and many have mocked the teenager for suggesting that she would open her own ‘ashawo’ company in Dubai.